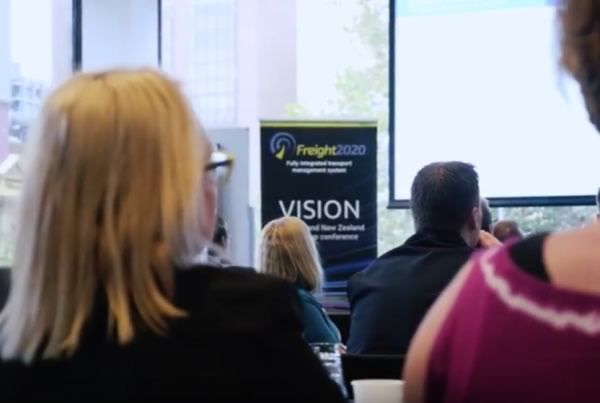 If you weren’t able to make it to the Freight2020 VISION 2017 user group conference, anyone who was there will tell you it was jam-packed with interesting, relevant, and worthwhile content. Here’s a brief roundup of just a few of the highlights from plenary and breakout sessions…

The ‘magic’ of ABLP turning trucks into lobsters with Freight2020

Melbourne turns on the charm, entertainment, and sport for visitors 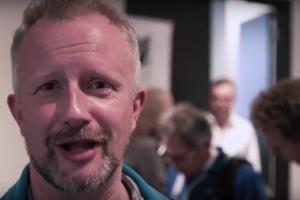 36 years strong, and the leading Australian-developed transport management system, Freight2020 is now used by more than 130 transport and logistics organisations in Australia and New Zealand.

There are more than 2,000 day-to-day users of the Freight2020 system (managers and administrative staff), and an exponential number interacting with the system through the Online Customer Portal and driver/warehouse Mobility interactivity. In 2016-2017 Freight2020 is processing almost 3,000,000 of the industry’s freight bookings and around $4bn of its combined revenue.

A user community of this size and intensity of engagement called for the advent of the annual Freight2020 VISION User Group Conference and the establishment of an online WIKI, where users can easily access system documentation and share knowledge with other users in the community. 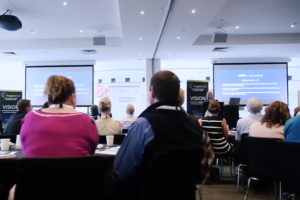 Long-time users of Freight2020 on-premise were quick to request upgrades to the latest version of Freight2020 when the new UI with new Google-like menu icons and user-friendly features such as drag-and-drop functionality were unveiled and demonstrated in action.

Users of Freight2020 SaaS (in the cloud) are automatically updated with latest version releases but if you’ve been running the same version of Freight2020 on-premise for quite a while, you should enquire about booking your system update to the new UI (via the Freight2020 HelpDesk).

Get Your Freight2020 Upgrade 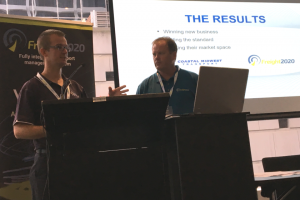 While some companies are still only contemplating the integrated digital automation of their transport, depot, and warehousing operations via Freight2020, Terry Bingham (consultant to Coastal Midwest Transport) showed everyone at VISION 2017 how it’s really done by explaining their advanced deployment of Freight2020 (online customer bookings, driver/depot mobility with RF-scanning, etc), servicing outback locations in Western Australia with astonishing efficiency.

Sharing this fascinating story of technological triumph greatly impressed visiting Progress executives at the inaugural Freight2020 conference. Terry soon found himself interviewed on video and asked to feature in a case study for promotion to the international tech-community by Progress. Watch for the next Freight2020 newsletter and release of the video and Progress case study on Coastal Midwest Transport and Freight2020. 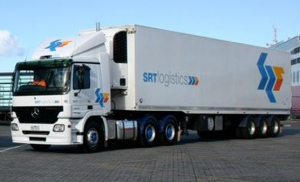 One click on a legit-looking email and a cryptovirus disabled SRT’s business systems – never again!

When SRT Logistics suffered a cryptovirus attack which brought down all its business systems – including Freight2020 – the urgent rescue orchestrated by CMS Transport Systems through the USA headquarters of technology partner, Progress, led to a world-first services package now available to all Freight2020 users: Freight2020 MDBA.

Leigh Cripps, manager of finance and IT at SRT Logistics, shared the story of SRT’s data disaster and recovery at Freight2020 VISION 2017. There were plenty of laughs but the risks were made clear. Of course, SRT became the first customers of Freight2020 MDBA. Three international MDBA experts from Progress were at VISION to meet Freight2020 users in person and answer questions about MDBA. Freight2020 MDBA offers businesses 24/7 data protection and assurance of business continuity no matter what happens (cyber attack, hardware failure, fire, theft, calamity, etc).

Most business owners and managers can only dream of being able to easily analyse business performance in real-time – no waiting for data to be updated, reports to be generated, and comparisons to be interpreted (by which time it might be too late for timely decision-making).

So, it was understandable when the launch of Freight2020 BI360 – the new real-time business intelligence and data analytics dashboard – caused a great deal of excitement for manager-types at the 2017 Freight2020 user group conference. It’s “awesome” to use, and fully customisable.

The ‘magic’ of ABLP turning trucks into lobsters with Freight2020 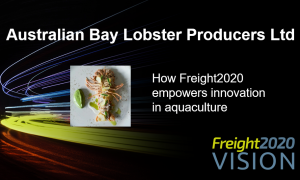 One of the all-time great ‘power-users’ of the Freight2020 system, John Bryant, CFO of Australian Bay Lobster Producers, had the full-house of Freight2020 VISION 2017 conference delegates spellbound with the story of how ABLP innovates in aquaculture with Freight2020 – tracking and managing the production of lobsters from strictly-controlled breeding in northern NSW, through to the USA plate.

With the stringency of compliance and maintenance even more intense than anything encountered in the trucking industry, and with the costs and profitability of numerous assets in transits and stages continuously analysed under the financial microscope, John Bryant demonstrated how much power exists within Freight2020 that few transport companies would be deploying to fullest advantage. 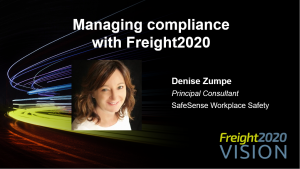 Denise Zumpe, SafeSense Workplace Safety, joined with Grant Walmsley of CMS Transport Systems to walk through the forthcoming changes in CoR for heavy vehicle safety, and together suggest ways for companies to manage compliance more easily and effectively with Freight2020.

Using real-life accidents, investigations, and outcomes as recent examples, Denise was able to answer questions and offer clarification on requirements, “compliance” being a hot topic of interest for most of the transport company management representatives attending the conference. 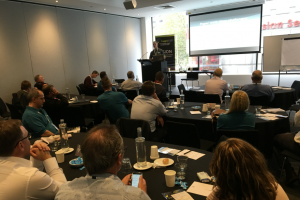 Veteran specialist suppliers to the Australian trucking industry, renowned for state-of-the-art driver fatigue management solutions, and backed by the might of TeletracNavman, Transtech partnered with CMS Transport Systems at Freight2020 VISION 2017 to showcase their latest ruggedised devices and software solutions running fully integrated with Freight2020.

With safety and compliance the over-arching priority throughout the trucking industry, particularly where long-haul drivers are concerned, there was strong attendance for each of the Transtech breakout sessions at Freight2020 VISION 2017.

Transtech and CMS Transport Systems have maintained a strong spirit of ‘mission partnership’ for many years, helping numerous trucking companies to raise their in-vehicle and system-integrated safety and compliance management standards to the highest level available in the industry. 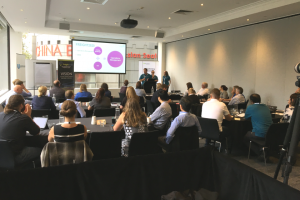 Achieving paper-free administration is an exciting, cost-saving, and environmentally-friendly idea that many transport and logistics organisations are keen to explore and start implementing. Jelena Quinlan and Steve Maxwell from Upstream were at VISION 2017 to run breakout sessions on digital document management in the transport and logistics industry. Some Freight2020 users are already enjoying the benefits of Upstream solutions combined with Freight2020 – taking their businesses into the future of document management, streamlining processes, and increasing efficiencies.

The Upstream sessions were very well attended. Afterward, there were incoming enquiries from delegates wanting to find out more about joining the paper-free revolution and simplifying cumbersome, labour-intensive activities. 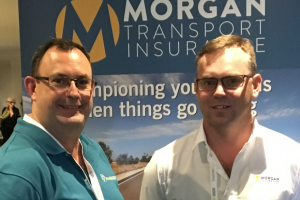 Jim Morgan, Morgan Transport Insurance, the broker who enjoys going in to bat with insurers for companies challenged by complex claim histories and risk-management scenarios, chatted with delegates in the foyer at VISION 2017 and suggested that Freight2020 users could get claims paid much faster than companies without a fully-integrated compliance management system.

Everyone at Freight2020 VISION 2017 took home a conference bag stuffed with goodies, and one of the most welcome giveaway items was Jim Morgan’s “Championing Your Claims When Things Go Wrong” stubby cooler. It was carefully pre-tested and proven reliable for long-haul off-road drinking.

The conference bags themselves were a handy drawstring style that could be carried or worn as a super-light backpack, the reflective stripes making them ideal for cyclists. Other branded gifts in the bag for delegates included a charcoal-grey baseball cap embroidered with “Freight2020”. 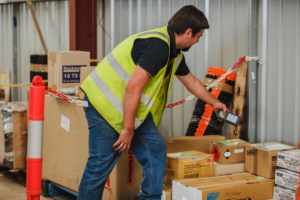 Also exhibiting in the foyer at Freight2020 VISION 2017 was Gamma Solutions, the specialist suppliers of integrated data-gathering devices and associated solutions.

Delegates were able to examine various hand-held devices over coffee and discuss with Gamma representative, Paul Pleming, the potential for integrating their Freight2020 depot/warehouse mobility with RF-scanning capabilities.

The phenomenal benefits of automating and integrating transport and depot operations by barcoding and RF-scanning were illustrated by the presentation of Coastal Midwest Transport, inspiring plenty of interest in Gamma offering the latest devices and related gear for making it happen.

Melbourne turns on the charm, entertainment, and sport for visitors 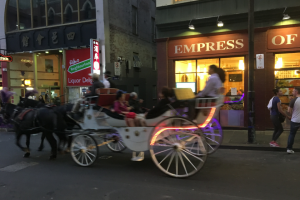 Several delegates attending Freight2020 VISION 2017 opted to stay around in Melbourne for an extra day or so for business meetings and the chance to see a major theatre production or footy game.

Rydges Melbourne, the venue for Freight2020 VISION 2017, is just around the corner from Melbourne’s Chinatown, in the centre of the theatre district. Musical productions in the neighbourhood at the time included the smash-hits “Book of Mormon” and “Kinky Boots”.

The timing of VISION was also intentionally close to the Australian Grand Prix which ran in Melbourne, around Albert Park Lake, on 26 March 2017.

With the dates for VISION 2017 proving to be popular and convenient for just about everyone, the VISION 2018 event will be staged at the same time of year.