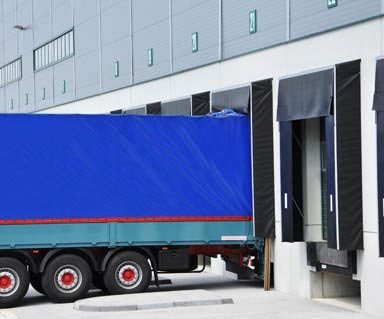 The McAleese Group, whose Resources arm is a leading bulk haulage and ancillary on-site services provider, has secured a new deal to haul for Gold Fields Australasia. The new contract will see the company load and haul about 5 million tonnes a year of ore for the St Ives gold mine in the east of Western Australia.

McAleese Group CEO Paul Garaty described the new contract as a “key milestone” in the company’s growth strategy. “Our new partnership with Gold Fields will see further expansion of our existing haulage business in Kalgoorlie, Western Australia,” he said. St Ives gold mine is located 70km south east of the company’s Kalgoorlie branch and is 20km south east of Kambalda.

“Since we acquired McAleese Resources in 2012, the business has grown by more than 10%, and we look forward to continuing this growth both in our existing locations and new geographies across Australia,” he added.

This is another major development for the company this year following the extension of its contract with Atlas Iron to provide services at the Abydos mine, which is also near Kalgoorlie. That extension contract entails that the company move between 2 million and 3 million tonnes a year of iron ore for miner Atlas Iron. The signing of the Gold Fields deal is expected to further strengthen McAleese’s presence in the WA region, which is currently benefiting from a mine development boom.

For the new contract, McAleese Resources will use a fleet of eight quad road trains for loading and haulage. It will operate ten front end loaders, which will be dedicated to loading and crusher feed. The contract also includes other tasks like road maintenance and product screening.

The new deal will also allow the arm to showcase its latest assets. A spokesperson for the company confirmed that a combination of new and existing fleet will be used for the job. An online industry publication reported that the company will be using “six triple combinations comprising C509 tri-drive Kenworths and six sets of Howard Porter Intramine triples and one new T909 tri-drive Kenworth with a quad set of highway registered trailers.”

Central to the operational intelligence driving McAleese Resources is Freight2020, the flagship solution from CMS Transport Systems. “Continuing expansion by McAleese in the Western Australian mining industry is a logical trend, given the company’s expertise and strength of presence across the region. Their reputation for services delivery in these specialised markets is impeccable,” said Grant Walmsley, general manager of CMS, in response to McAleese Resources celebrating their new partnership with Gold Fields.

“Freight2020 provides the flexibility, scalability, efficiency and control needed by McAleese to grow and expand its diverse activities with certainty. Rock-solid operations management is a quantifiable value-add for all Freight2020 users and their customers. For major groups like McAleese, now among the market leaders in Australian resources, heavy haulage, and energy/fuel transportation, our fully-integrated suite of solutions is key to sustaining successful and manageable growth,” Grant Walmsley said.

The McAleese Group is a $750 million business that covers a wide range of haulage and lifting solutions. Its Resources arm specialises in providing bulk haulage and ancillary on-site services to mining companies. It also owns and operates a quarry in North Western Queensland that supplies road base material for mine haul roads and railroad ballast.