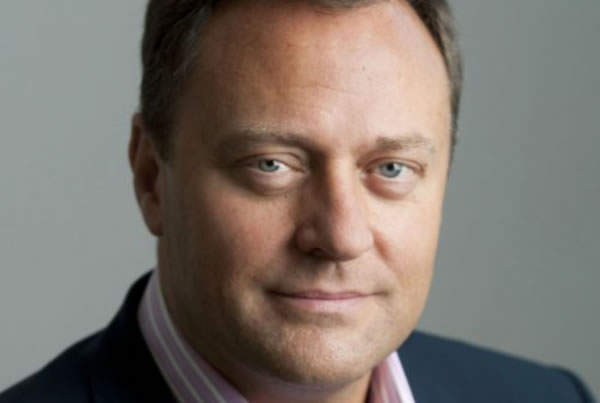 Mark Armstrong of Progress, newly appointed as the vice-president and managing director of international operations for the APJ region, in addition to EMEA, wowed delegates at the Freight2020 VISION 2017 AU/NZ user group conference in Melbourne by contextualising the impact of revolutionary developments in technology for the Australian road freight transport industry. 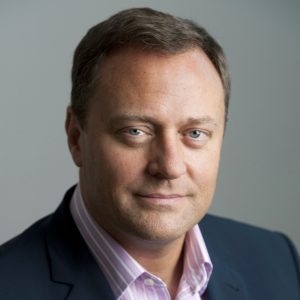 Introduced by Rob Mullins, managing director of CMS Transport Systems, who spoke of the long-established partnership between CMS and Progress as the global giant behind Freight2020’s OpenEdge development environment, the charismatic and articulate Mark Armstrong soon filled the room with a sense of excitement as the future of everyday technology in the transport industry was revealed through Mark’s presentation.

Concepts like artificial intelligence are no longer far-fetched with technology developing at an ever-increasing rate. The explosion of user interactivity with billions of smart devices being used around the world, massive increases in computing power and the amount of data being generated, rapidly-escalating cloud adoption, digital automation, connectivity, and the dawning reality of what is now called the “Internet of Things” (IoT) – such was the mind-stretching sweep of topics that were explained and put into day-to-day business context for the owners and managers of transport and logistics businesses in Australia and New Zealand who were present at VISION.

Progress is known as a breakthrough technology company and with the recent acquisition of DataRPM, which focuses on predictive maintenance solutions for the industrial IoT, Progress has added to its technology arsenal the capability to apply “machine learning” – delivering improved prediction quality and accuracy in significantly less time.

“CMS Transport Systems will be able to apply this technology to the growing amount of data collected by sensors so their customers can move beyond preventive maintenance to predictive maintenance. That involves using machine learning to reveal early signs of impending failure so repairs can be made before a breakdown,” said Mark during a recent interview with Stephen Withers for an article published in ITWire magazine.

“In the transport industry, that can make the difference between replacing a part before a vehicle sets out on a long trip, and a breakdown on the road, which makes on-time delivery less likely, and in some cases can result in the loss of a perishable load,” Mark told ITWire.

Strength of partnership between CMS Transport Systems and Progress

While Freight2020 VISION conference delegates were absorbing the profound implications of SciFi-type advancements which would impact their businesses sooner rather than later, Rob Mullins reflected on the strength and longevity of the partnership between CMS Transport Systems and Progress.

“I couldn’t be happier with our original decision to partner with Progress by developing Freight2020 in Progress OpenEdge. Progress invests at the leading edge of technology on a global scale, which enables CMS to empower Freight2020 users with capabilities and efficiencies that only the very largest companies could previously afford. For smaller companies, such as the typical mid-sized transport business, Progress helps us to help them equalise the playing field and contend along with their larger competitors,” Rob said. 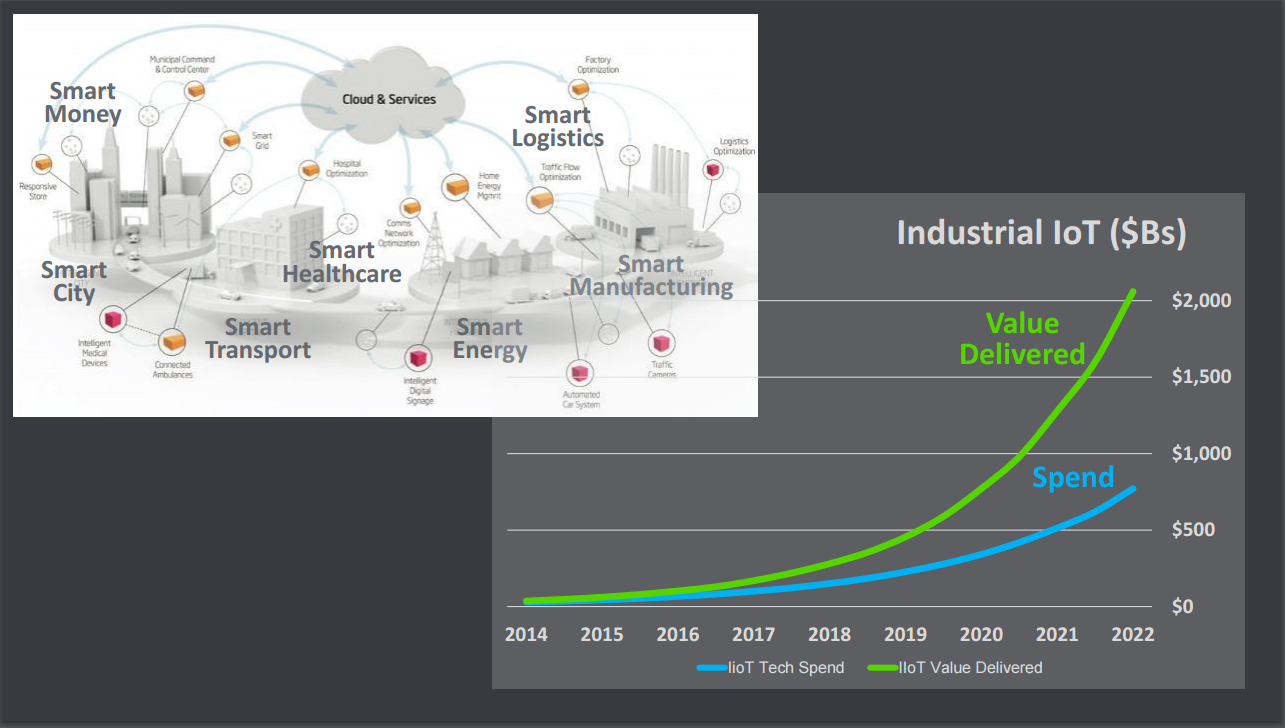 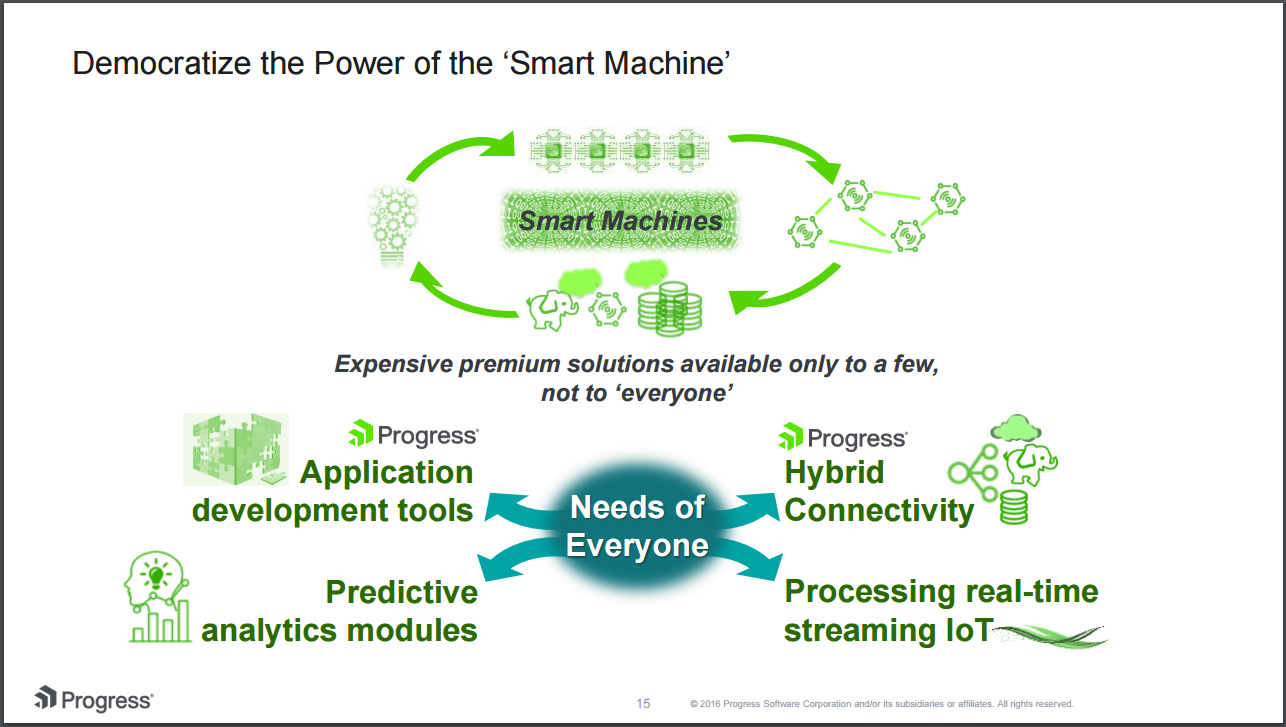 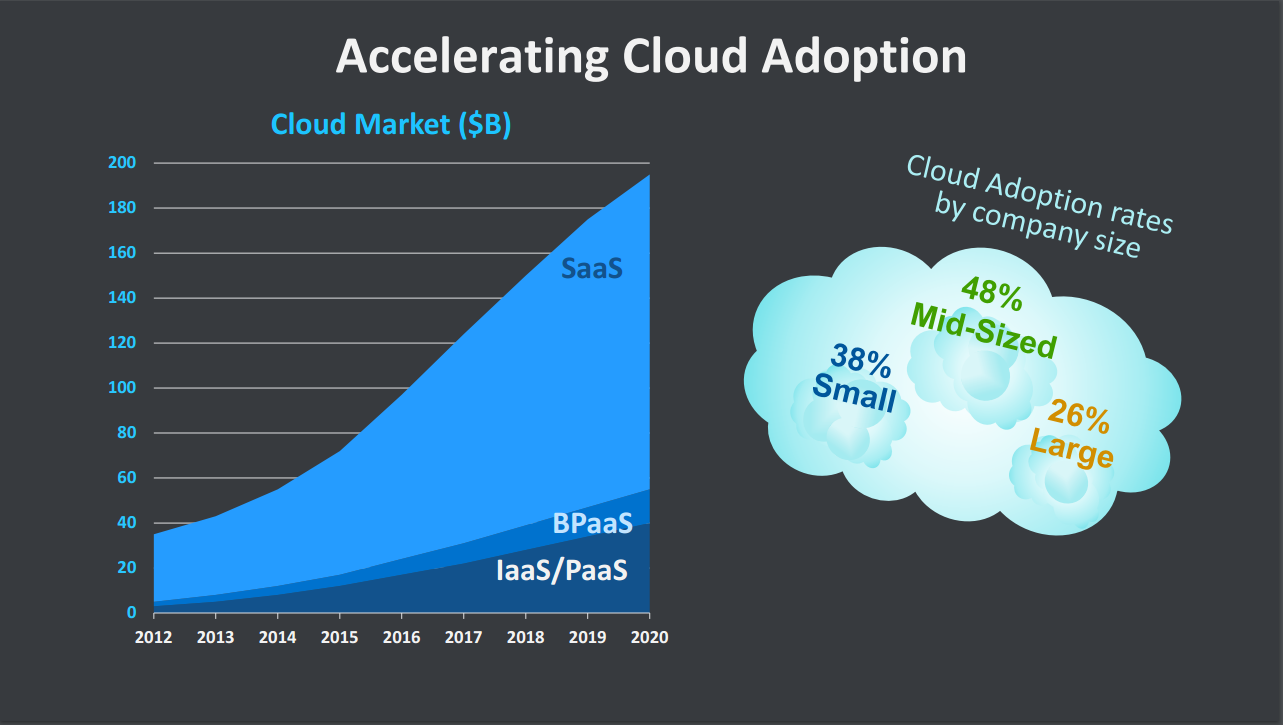 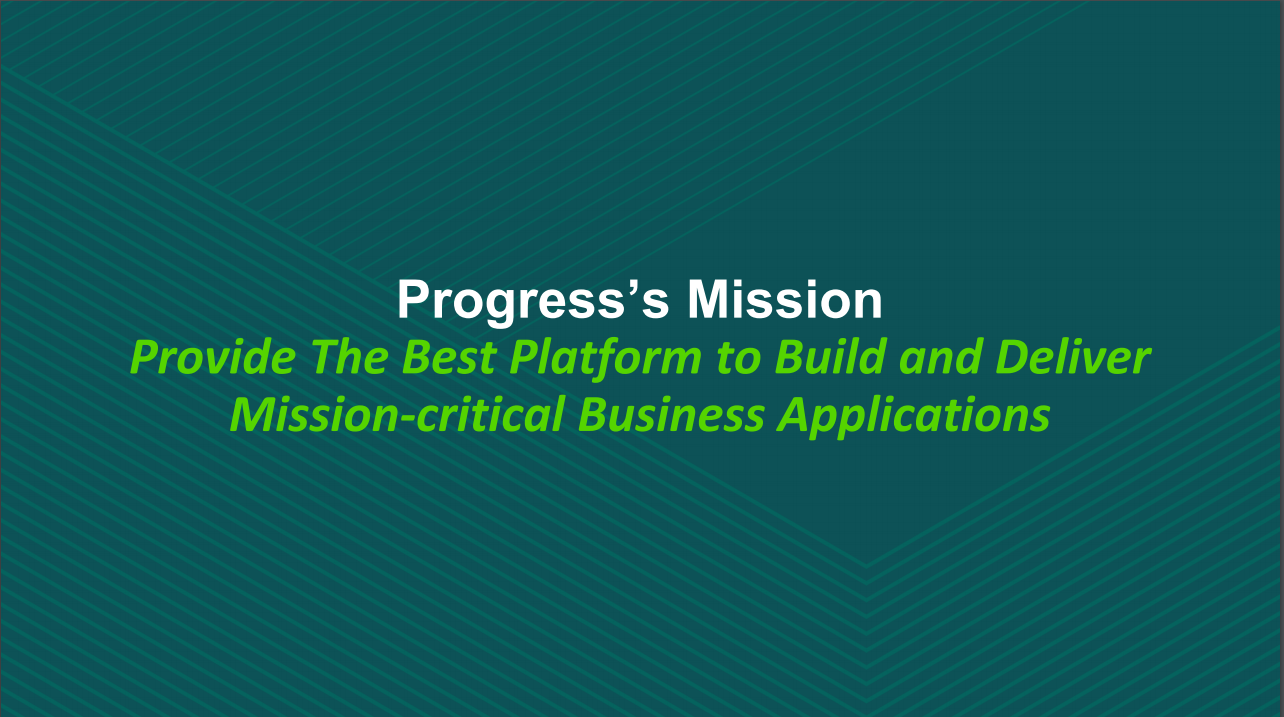 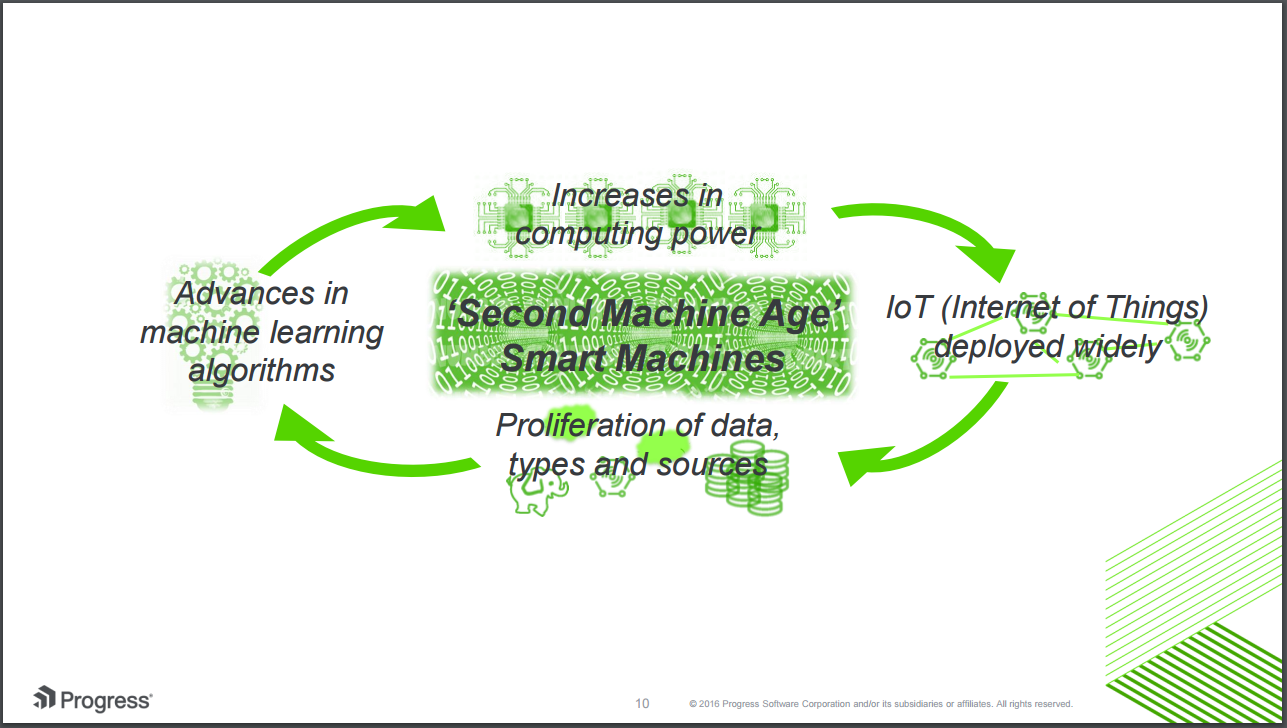 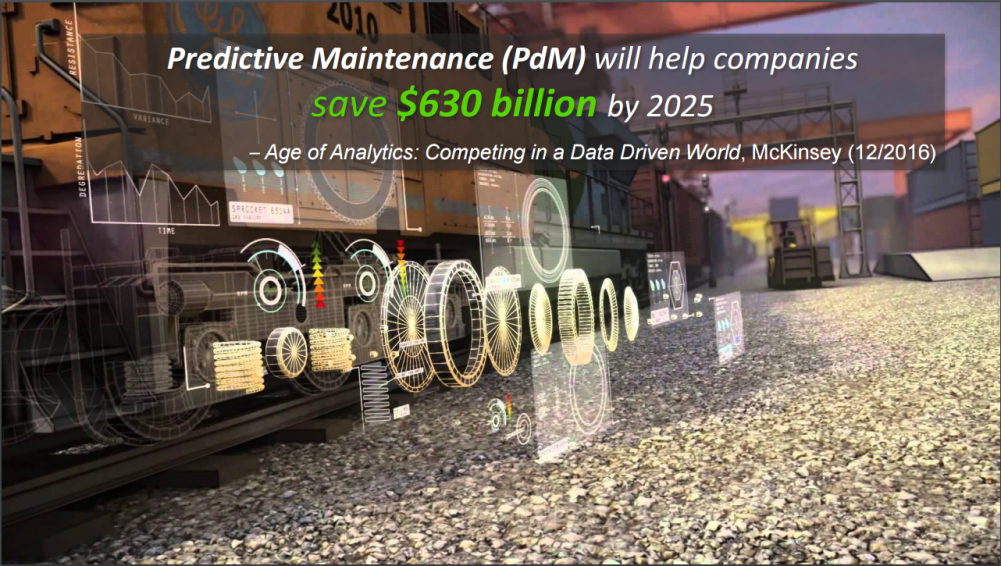 CLICK IMAGES TO ZOOM: sample slides from the presentation at Freight2020 VISION 2017 by Mark Armstrong, Progress

Progress was the principal partner in the Freight2020 VISION 2017 event